Fog, Flames and Art Heat Up The Night at Spectacular Singleton Firelight 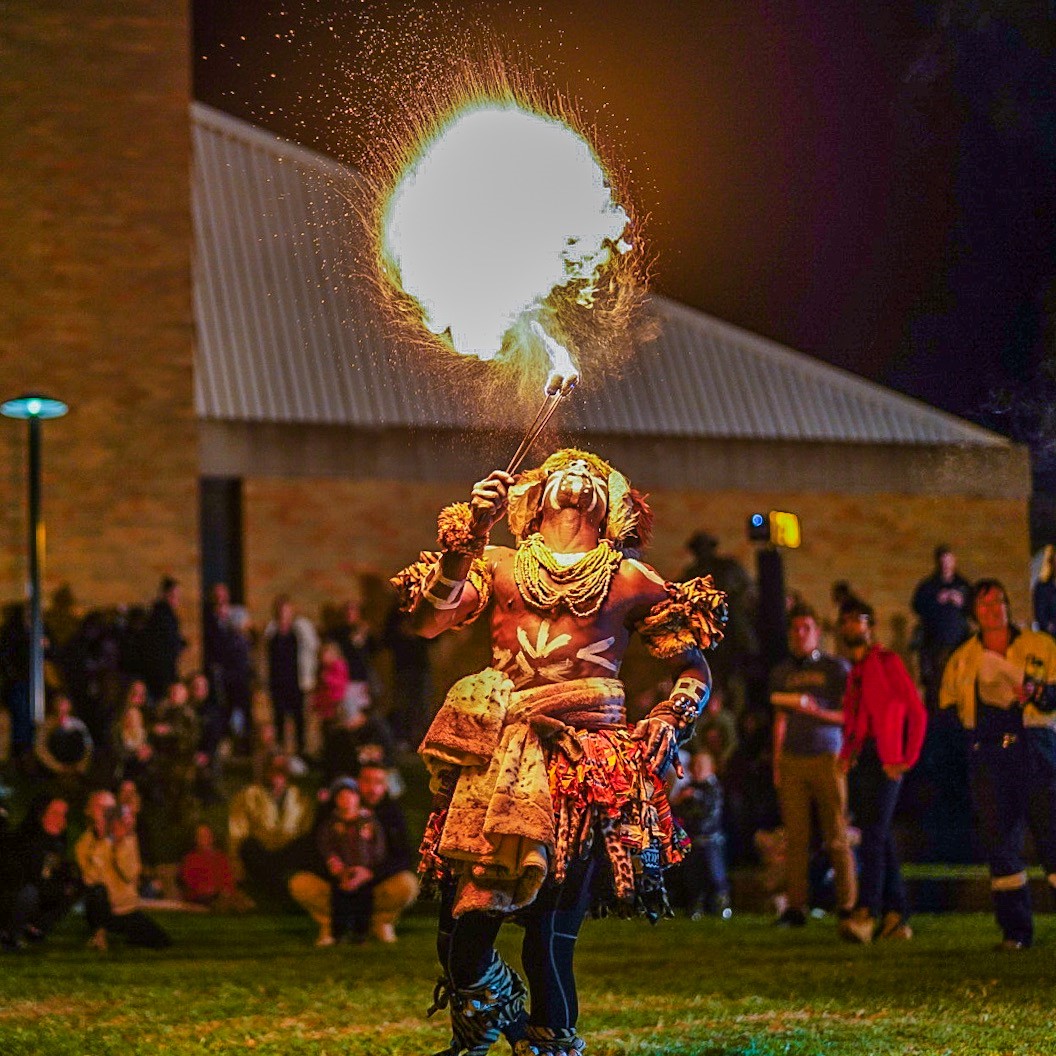 More than 4,500 people have been dazzled by spectacular laser shows, fire dancing, African drumming and LED hula hoops as Firelight shone through a crisp Saturday night in Singleton last night.

The feature event as part of the Glencore Singleton Festival also included a special viewing of the Yancoal Singleton Art Prize in the Singleton Civic Centre and performances from Les Miserables by the Singleton Amateur Theatre Society (SATS).

Cr Danny Thompson, chairman of the Glencore Singleton Festival, said it was fantastic to see so many people come out in their winter woollies to enjoy the free entertainment.

“We had lasers lighting up the Civic Green and African drummers and fire dancers dazzling the crowd with shooting flames and dancing,” he said.

“Singleton has a rich arts and cultural offering and it was all on show last night, with people of all ages dancing along to the African drumming, enjoying the musical performances by SATS and checking out the art on show as part of the Yancoal Singleton Art Prize.

“There was an amazing atmosphere helped along with the fog and bright lights from Laservision, fire-eaters and of course food trucks and Hunter Valley wineries and beer.

“Everyone who came along couldn’t help but have a good time.”

Cr Thompson said the Glencore Singleton Festival, now heading into its final week, was a terrific showcase of the creative inspiration in Singleton.

“There are plenty of examples of artists and writers who have found their inspiration in Singleton and surrounds, and a rich tapestry of the arts at work in our area from filmmakers and musicians to quilters,” he said.

“The Glencore Singleton Festival aims to showcase the wealth of artists and craftspeople at work, and the opportunities available to all of us to get involved as active participants or an appreciative audience.”

The full program for the Glencore Singleton Festival is available at www.singletonfestival.com.au The Yancoal Singleton Art Prize is open for viewing until Monday 13 May 2019. Entry costs $2 per person.

Photo: A firedancer from Rhythm Connect lights up the night and the crowd at Singleton Firelight. Photo credit: More Life Films