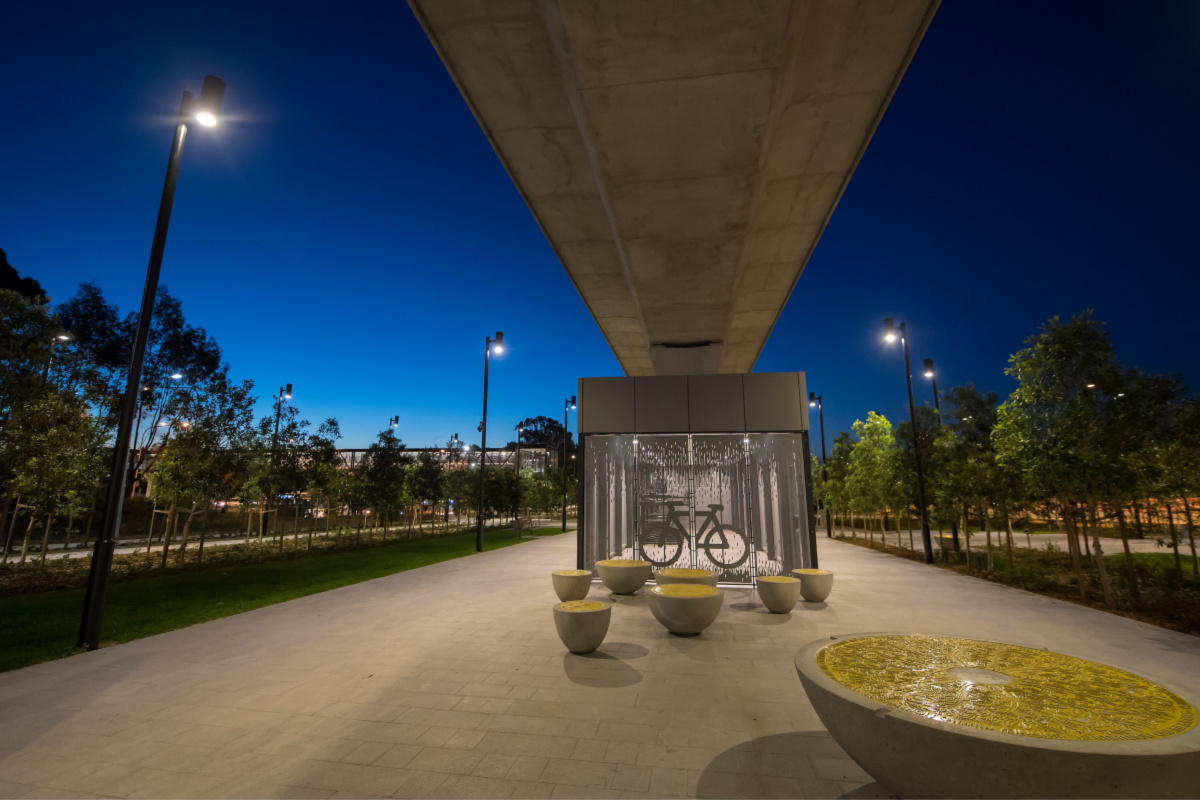 Artists across the State are being called upon to submit expressions of interest to design new public artworks that will greet passengers when the 10 stations on the T3 Bankstown Line from Marrickville to Bankstown are upgraded to metro standards as part of Sydney Metro City & Southwest.

Create NSW in partnership with Sydney Metro will select 10 artists (or artist groups) for 10 separate paid commissions of up to $25,000 each that will be realised as semitransparent artworks, embedded in glass panels across the upgraded stations.

Minister for the Arts and Aboriginal Affairs Don Harwin praised the project for both its timing and the opportunity to reflect and celebrate the diverse communities along the Bankstown Line, including a focus on First Nations artists for Canterbury and Punchbowl stations.

“Given the current circumstances, this is an opportune time for artists to be involved with paid commissions that will breathe creative and cultural life into stations with works that will be experienced by so many on a daily basis.

“This is an opportunity for artists to leave a lasting legacy on Sydney with a welcoming and impressive presence that will enrich the lives of both local communities and visitors along the way,” he said.

Artworks will range in size from 10 to 50 square metres and will be digitally printed on to transparent interlayer film and laminated between glass panels.

Following a four-week EOI process, a longlist will be compiled before a panel selects a shortlist. Invited shortlisted artists or artist groups will each be paid $3,000 for their creative conceptualisation against a provided brief.

Ten artists or artists groups will be contracted to Sydney Metro to create final works, supported by up to $25,000 each (dependent on the size and number of panels).

Expressions of interest are open until 5pm, Tuesday 5 May 2020. Further details of the project and conditions of entry can be found online https://www.create.nsw.gov.au/funding-and-support/southwest-metro-public-art-eoi/

Media release and image are courtesy of Create NSW.