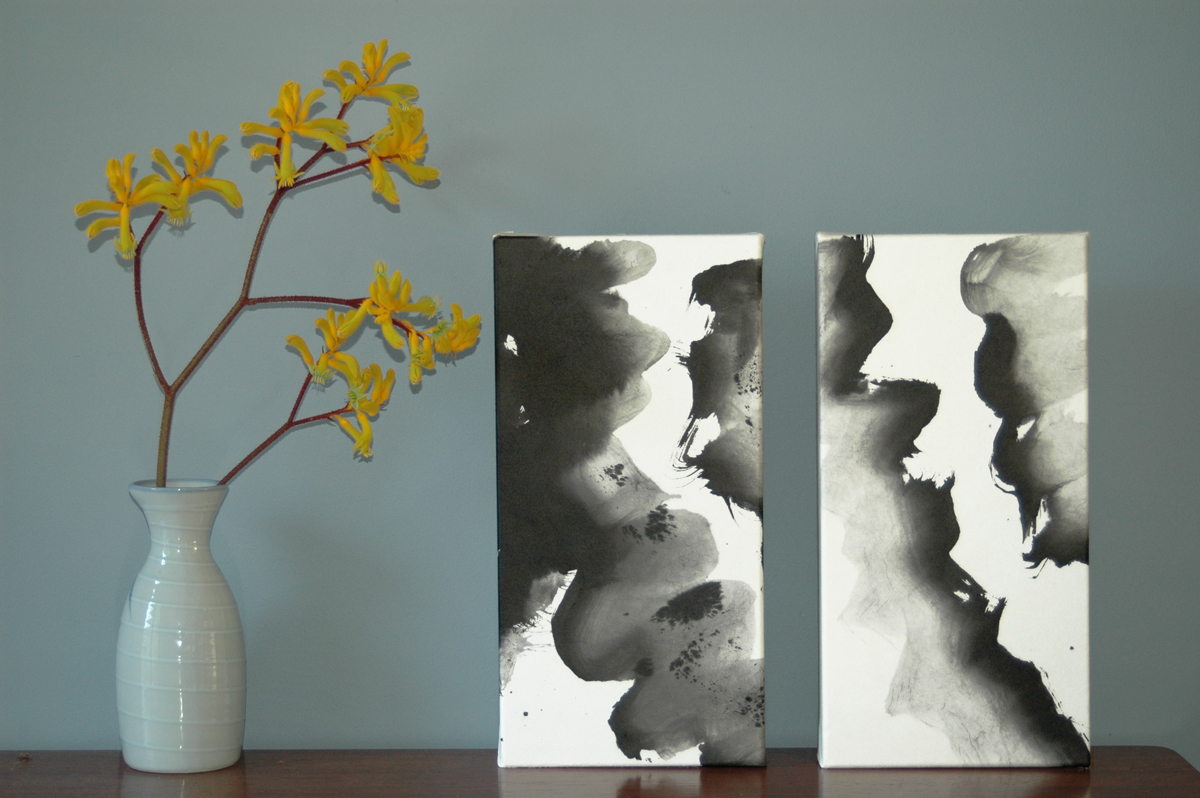 Small Forest will be hosting an exhibition Tomoko Oka who is a Japanese calligraphy artist based around Sydney and the Central Coast.

Tomoko practiced calligraphy from the age of ten. She focused not on a single style, but practiced many established styles, as well as developing her own unique forms, and abstract works. In Japan, her calligraphy is used at restaurants, accommodation, and on various products, such as sake labels.

Since moving to Australia, she has conducted calligraphy workshops in schools and various venues in Sydney, the Central Coast and Melbourne, as well as giving demonstrations at karate dojos and at marketing events for private companies, and performing large scale performances with a 1m brush. Her calligraphy and art were used in advertisements for Japan Airline (JAL) and Opera Australia in 2018.

Tomoko’s great joy is to share Japanese culture through her passion for calligraphy and the beauty of the Japanese aesthetic. She loves talking to people about this unique art-form, and never fails in engaging her students or audience in her own love for the act and art of calligraphy.

Media release and image are courtesy of Small Forest.