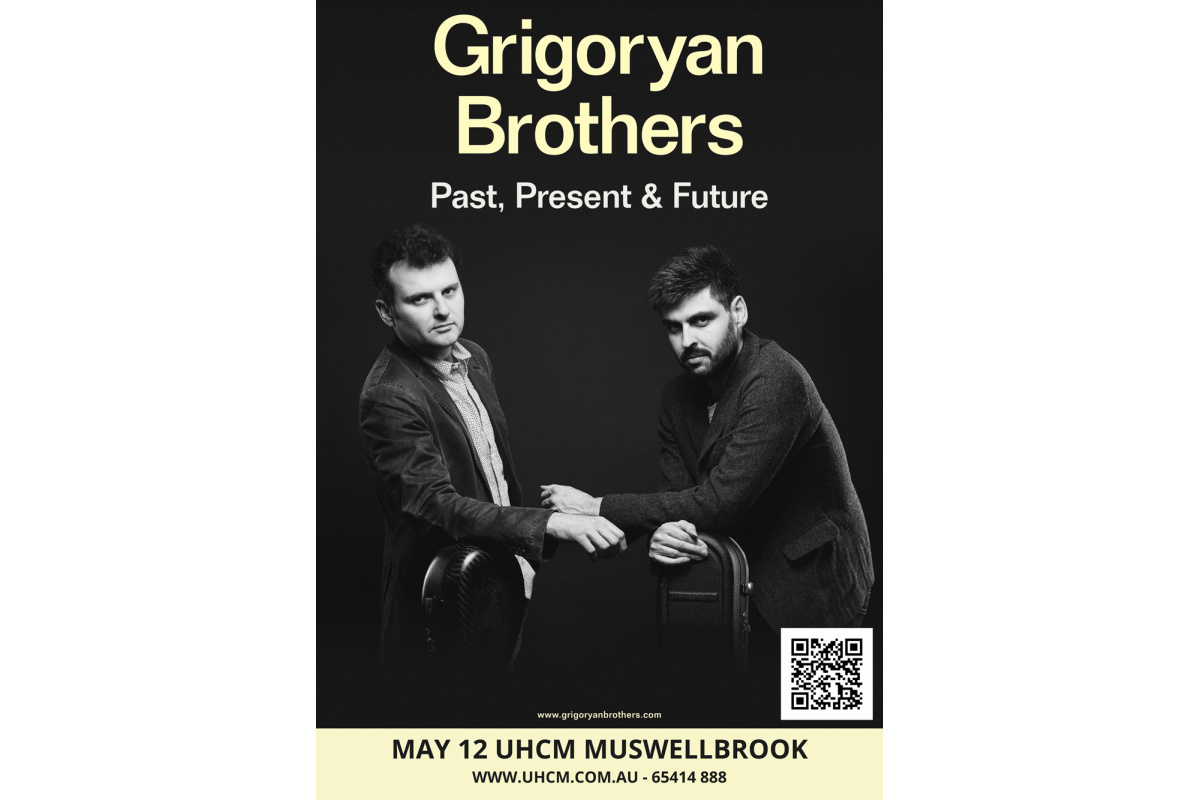 “Guitar playing of uncommon originality and authority. Musicality, expressivity and daring,” – The New York Times
Guitarists, Slava and Leonard Grigoryan are counted amongst the finest musicians of their generation having developed a reputation for enthralling audiences with the energy of their performances and the breadth of their repertoire – embracing genres such as classical, jazz and contemporary music from around the world.
Between them, they have received 3 ARIA awards (Australian Recording Industry Association) and an incredible 24 ARIA Award nominations. As a duo they have recorded 11 albums with the 12th coming out in 2019.

They have been touring internationally since 2003, regularly performing throughout Europe, Asia, Australia and the USA, as well as more exotic performances in Brazil, South Africa, India and the Middle East.

*Bar will be open for drinks and refreshments